The biggest event of the year in Aalborg approaching 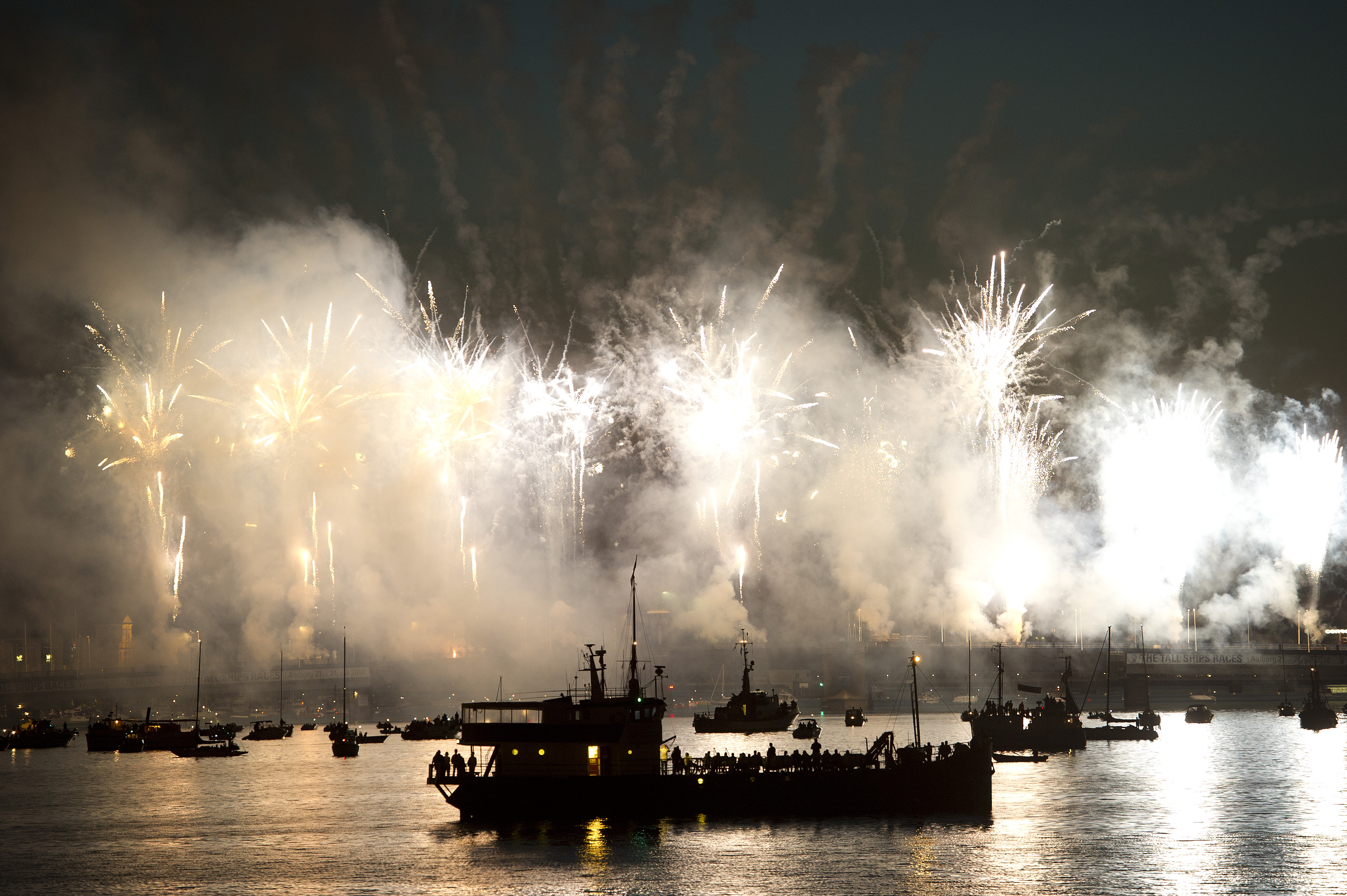 Come to a fabulous summer festival at the harbour when Aalborg hosts The Tall Ships Races from 1 – 4 August 2015.

Australia, England, Norway, the Netherlands and Russia.These are just a few of the countries that will be participating when Aalborg hosts the international sailing ship competition The Tall Ships Races 2015.

“This is the fourth time we are hosting The Tall Ships Races, and expectations are high after the success of the 2010 edition. We are expecting more than 90 beautiful ships of different nationalities to sail to Aalborg, where visitors will find music, entertainment and a maritime environment at the waterfront for four days.The event normally attracts about 750,000 guests to the city, and I am, once again, looking forward to welcoming residents, visitors and crews to an absolutely fantastic summer festival at the waterfront in Aalborg and Nørresundby,” says Mayor Thomas Kastrup-Larsen.

The Tall Ships Races are an annual regatta that has been held in European waters since 1956. Its aim is to give young people a unique journey at sea. A journey across borders and religions.

More than 3,000 sailors from around the world will come to Aalborg between 1 – 4 August, and the majority are young people between the ages of 15 and 25 who have signed up as trainees.As trainees, the young people are part of the crew on board the ships.They are given jobs on deck and in the galley, and they learn about everything from moorings and sails to dealing with seasickness.

“I'll never forget the time I was allowed to steer the English ship Pelican of London when we sailed from Aalborg in 2010 – that was a thrill and lots of funn, too,” recounts 19-year-old Ida Jensen enthusiastically.

Ida Jensen was one of the 110 young people that the City of Aalborg sent as a trainee in connection with The Tall Ships Races in 2010. She will be adding to that experience in 2015. This year the City of Aalborg will be sending 150 trainees to sea, and Ida Jensen has applied to join them, together with 21-year-old Birgitte Gjørup of Aalborg.

“The social aspect is the most important part of the experience, and I am really looking forward to showing off my city to the English, Dutch and whomever else I meet.I plan to take them out to experience Aalborg’s cafés, shops and some Danish traditions,” says Birgitte Gjørup.

The Tall Ships Races gather some of the world’s largest, oldest and most beautiful sailing ships on both sides of the fjord.Among the registered ships are the Norwegian ships Sørlandet, the Dutch ship Mercedes, the Australian ship Young Endeavour, the Russian ship Shtandart and the local Aalborg ship Jens Krogh.

During The Tall Ships Races, visitors will have the opportunity to board the many ships during Open Ship.The crews on board will provide guided tours, entertainment, and some will allow visitors to climb the masts.  There is Open Ship during limited periods only, as the ships will also be used for business and private receptions.

The waterfront on both sides of Limfjord will be transformed into festival grounds with booths, concerts, activities and entertainment for young and old.

“We will be repeating the success of 2010, with a free 4-day music festival featuring major Danish artists.There will be stages on both sides of the fjord with music of all genres,” reveals Søren Thorst, project manager for The Tall Ships Races in Aalborg.

“I also recommend reserving the 3rd of August at11 pm to come to the waterfront and experience a huge fireworks display.The following day, the ships will sail out of Limfjord in the Parade of Sail, which is also a very impressive sight,” says Søren Thorst.

Erik Nielsen of Sulsted worked as a volunteer during The Tall Ships Races in 2010. He does not want to miss the unique opportunity, so he has signed up to volunteer again this summer.

“I worked at the Port of Aalborg before I retired, and when the ships come it’s like an old circus horse that can smell the sawdust.I am looking forward to experiencing the mariner life that the young people are a part of, and I can’t wait to see the many colourful ships along the quay.Nearly 300 volunteers are expected to help this year with everything from servicing the ships, working at InfoPoints, and selling tickets to shuttle boats.

The Tall Ships Races 2015 begin in Belfast on 2 July. From there, the ships will sail to Ålesund, then to Kristiansand, and finally arrive in Aalborg on 1 August.

The ships will sail out of Limfjord in the Parade of Sail on 4 August.

DID YOU KNOW THAT...

Become a sponsor Overview of sponsors