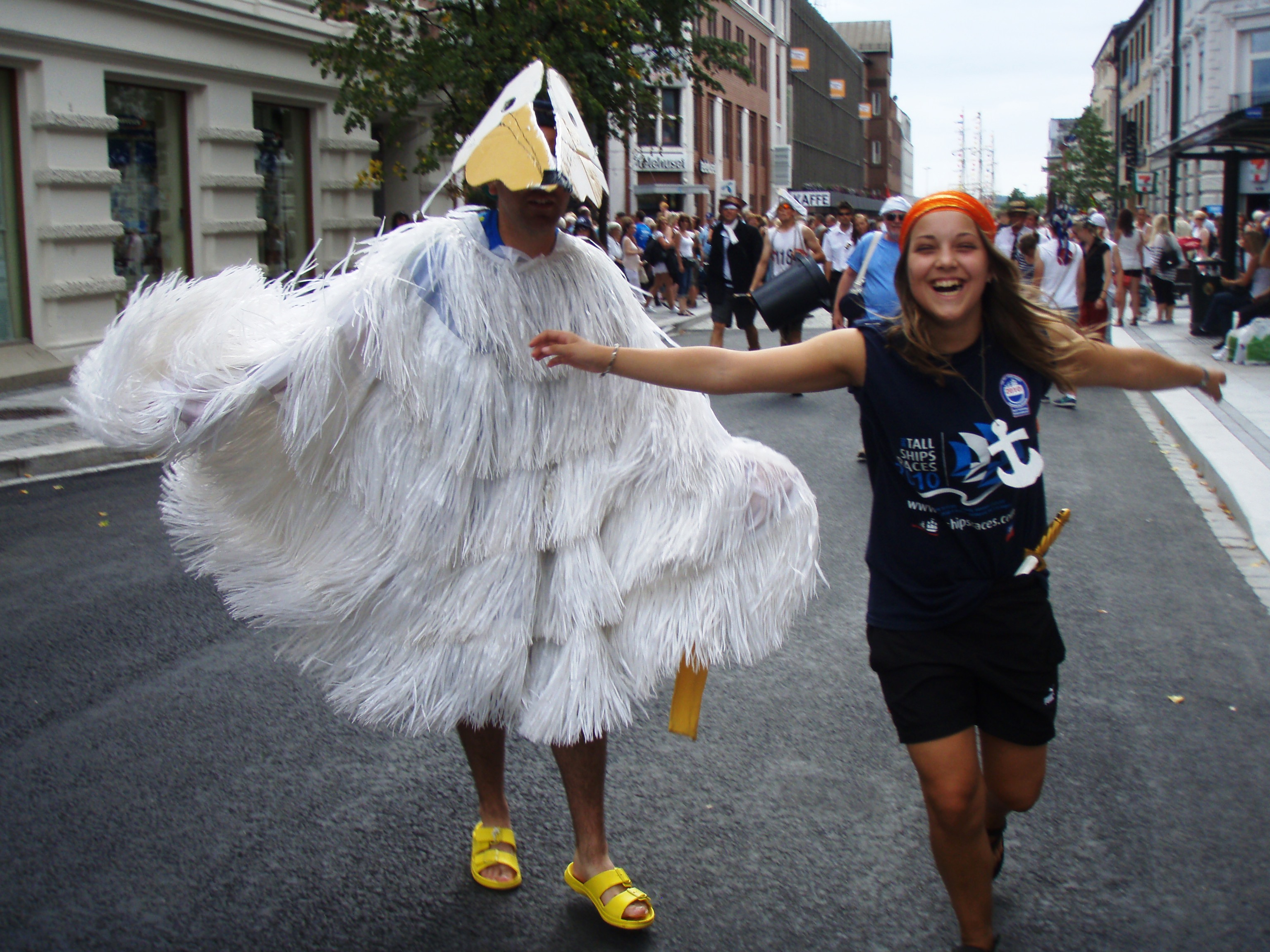 "I’ll never forget the time I was allowed to steer the English Pelican of London when we sailed from Aalborg in 2010 – that was a thrill and lots of fun too,” says 19-year-old Ida Jensen excitedly.

Ida Jensen is one of the young people being sent to sea by Aalborg Municipality next year, when the town will be the host port to the international sailing contest, the Tall Ships Races 2015 from 1–4 August.
More than 3,000 seafarers from all over the world will be meeting in Aalborg, the great majority of them young people aged 15–25 who have registered as trainees. These young trainees are a regular part of the crew on board the ships. They take watches on deck and in the galley, and they learn about everything from moorings and sails to dealing with seasickness.

I 2010 Aalborg Municipality sent out 100 trainees in connection with being the host for the Tall Ships Races. In 2015 the number is up to 150.

“I wanted to go again because I learnt a tremendous lot from meeting new people from other cultures,” says Ida Jensen, who has applied to go sailing together with 21-year-old Birgitte Gjørup from Aalborg.

“The social side is really the most important thing about taking part, and I am very much looking forward to showing Aalborg to people from the UK and Holland and whoever else I get to talk to. I will be taking them out to cafés and shops in the town and to see some Danish traditions,” says Birgitte Gjørup.

DID YOU KNOW THAT:
• For the fourth time Aalborg will be the host port for the Tall Ships Races from 1–4 August 2015 – the races were also based in Aalborg in 2010, 2004 and 1999.
• With a total of 2.4 million visitors, the Tall Ships Races have been the largest events in the history of Aalborg.
The purpose of the Tall Ships Races is to allow young people to take a unique journey at sea across cultures as well as national borders.
• Aalborg Municipality is sending 150 trainees to sea during TSR15.

Become a sponsor Overview of sponsors